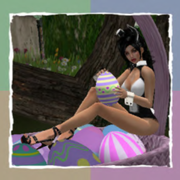 At  8:30 am  i met Kaly at the House of Samois.  It is a big step in a girls path when one moves from Debutante to Demoiselle.  Everything is emotionally charged and this  day was no different.

Announcements and Notices went out early.  Cushions were placed the Library was dusted, the chairs swept free of lint, well i hope it was lint, and that sticky spot on the Ottoman was scrubbed clean, rugs straigtened and logs put on the fire.  The Rolls got a fresh wax and inside was polished to a sheen.   It drove up and parked in the lot outside the gates as Maitre Chronos stood there pacing.  I brought Kaly to Him, and unleashed her, then stepped back.  Hearing Him ask her if she "was ready and if she was still wanting to continue, i walked off down the path towards the Chateau.  Not having heard the reply.

I made my way into the Chateau, adjusted my dress, exposing the lush fullness of my breasts, and tweaking each nipple into a ruby hue and tight as a knot.  i climbed the stairs to find it already beginning to fill with townsfolk and the Masters of the Chateau assembling and getting seated.  Greetings were offered as i lowered my eyes my hands turning upwards in submission laying gently against my wide spread thighs as i pulled them to the small of my well arched back and waited.  The warmth of the fires burning behind me gave me reason to wiggle as it warmed my flesh, tiny beads of sweat breaking on my brow.

My Master entered.  That cheshire grin on His face told me that kaly had consented. As He took His seat i leaned in to caress His hand and then repositioned myself feeling that all too familar tingle.  The dampness of my thighs and the scent of my own excitement tickled my nose and i shuffled a bit on the cushion, my face glowing with embarrassment.

Soon, He sent me off to get kaly,  i made my way down the stairs and to the tower.  She was absolutely stunning,  in her nakedness, the soft flow of her breasts with each step,  and the perfect outline of each nipple tight and drawn as she came down the steps.  I could see a wee bit of shimmer between her thighs and knew she was feeling the excitement of sexual freedom that was about to occur.

I lead her into the Chateau on a silver chain leash that was firmly attached to her collar.  Guided her into the Library before the assembled Masters, Mistress's and Guests, to the Ottoman, and had her kneel as my fingers ruffled down the silver strand of links to her throat and left her kneeling there to return to my place.

Maitre Chronos, my Master, rose.  My eyes trailed up His body, lingering as i watched Him walk towards her. I whispered a silent prayer and lowered my gaze, my knees sinking deeper into the cushion.  I heard his deep voice and shuddered
"Kaly I agreed to be your protector today and I will certainly do such.....but yet you are to show yourself worthy by testing as well. So, I will delay that part no further....."come follow me and present yourself to Maitre Jordan." He reached down giving an opened hand slap to her ass to help lift her up and a tug to the leash.

Maitre Jordan was quick to respond, i glanced quickly seeing the gleem in His eyes as she approached Him, her long dark hair billowing behind her, those breasts bouncing with nipples as hard as rocks, the apprehension in her face, and the dampness of her wet thighs, and the rosy hued blush of her skin.  Within moments Maitre Jordan had taken control,  questioning her to keep her off guard as He sent her to the ottoman for all to watch, and kicked her legs apart.  Asking her if she could remember the first night in the Chateau from "The Story of O"  He did not stop there, more questions each time asked He moved deeper and closer to her,  His hands beginning to explore her most intimate of areas as He commanded her to look up at those staring back at her.  Humilation, can be a powerful tool.  He never let up on her, as He slapped her ass leaving a red hand print to glow on her ivory cheeks.

He smiled at the shade of red and walks around in front of her. Running his fingers down into her hair, caressing her before grabbing her hair in fist and pulling her head. He roughly presses her face into his crotch, rubbing his growing erection against her cheek and lips "We all come her for different things girl, some for mates, some for romance. Then there are some of us that think a woman is most beautiful bound and in a bit of agony"
lets his eyes meet hers then slips his cock out of her mouth. With his grip on her hair he yanks her down to the floor and bends her. Lowerig himself she can feel his cock start to rub her labia, feeling for her opening as he uses her like a toy "we have others for you to serve soon girl, but not before I feel how tight and wet you are"

He never let up on her for one minute, i myself was panting as i watched uncomfortably, shifting slowly my heels grinding into my own dampness.

Then He grips her hair and pulls her head up, making her look at the people watching. As he does his cock pushes hard into her sex, opening her roughly as he pins her to the stool and slams himself in with a grunt. His cock pushes hard and deep without regard for her and he starts to thrust.  I felt my face flush with heat, repeatedly He slams his cock into the girl, burying it with each rock of his hips. He look over to Kurt and smiles as he takes a few more thrusts. Sliping out of her and standing he grins "Shes all yours Kurt" *he gives her ass a slap as he backs off and zips up*

I jumped at the sound of the slap and heard the shuffle of feet and movement within the room.  Sir Kurt who had been sitting in the overstuffed comfort of the Master's chair to my right.  Stood up quickly.. i felt the draft of cool air and the heat of the rippling fire behind me again.

Sir Kurt stood, looks to Chronos in acknowledgment and walks towards Jordan and Kaly, takes her leash pulling her up and wraps several lengths around his hand to pull her close. The library is well lit by the sunlight pouring through the windows as the flames of the fire dance among the logs. He studies her beauty, her ample breasts that are heaving slightly from the workout with Jordan. He places his leather gloved hand on her breast to feel her heart rate. His gaze travels down her torso stopping for moments at her sex, places his hands on her hips and turns her to examine the shape and fitness of her ass. He smiles. “Kaly, the Dominants here will make good use of your ass.” He pauses then says, "and the rest of your shapely body."

Sir Kurt took kaly to task quickly, i heard the clatter of chains as she was locked the post, and eventually hung there for all to watch.

Sir Kurt continued to dominate her as he looks deeply into her face, noticing again her striking beauty then reaches down to her sex again, coating his fingers with her juices and raises his hand to her lips and says, “Your mouth will be used for our pleasure. You will service us with your lips, your mouth and your tongue."
Kaly (kalyptein.toll) keeps her gaze to His focusing fully on Him, shifting on heels as his hand dips between her thighs once more, as you pull away, letting out a small breathe only to feel your hand against her lips offering a small nod" yes Sir"
Kurt™ (kurt8) turns her around facing away from him, thinks a bit on his next actions and decides to add to the discipline she has received, gives her three sharp swats on her ass, already reddened by the spanking administered by Jordan, and watches as the flesh turns even more red. He swats her hard two more times as the flesh first turns white then returns to red, “We will discipline you when we so desire, we will penetrate your ass and explore it at will. You will learn the joy of giving us pleasure. Your pleasure comes from knowing you are pleasing. Are you prepared to serve us this way, Kaly?” He punctuates the question with two more sharp slaps to her ass cheeks, making them glow redder.
Kaly (kalyptein.toll) turns around to face the pole, eyes focused on the wall before her, hips stir as i feel the three blows of your hand on her already redden ass , nodding her head knowing what Sir speaks is true " yes Sir, i am prepared to serve fully , my desire is to be pleasing to the Dominants of the home Sir" her words fall silent as your hand rains down on her ass catching her off guard

Suddenly Maitre Chronos stood the Three had their way, and conferred as men often do.  The room broke out in cries of Congratuations for this new Demoiselle as she was taken to Aftercare.